Neither girl nor boy: a new genre, unique in its kind.

They are non-binary, androgynous, and gender fluid; today, one in five young people no longer identify themselves with the male or female categories. They see gender as a spectrum with femininity on one side and masculinity on the other- each with its own sub-spectrum, but they identify themselves as having moved towards neutrality.

Gender is one thing, sexuality is another

Many young people today struggle with the dissonance between their identity and their biological sex. These heros on the topic are paving the way, sharing their journey, and empowering others 💪🏼.

In the United States, Kayvon, a non-binary father, started a fluid modeling agency.

In Sweden, schools have been forced by law to no longer gender children since 1998.

In France, spokespersons for gender dysphoria remain rare, apart from a few influencers like Fabian or Bilal Hassani.

Worldwide, more and more non-gender identifying people have gained a lot of attention 👀 and have unimaginable influence. These opinion leaders become daring spokespersons, shedding light on topics previously considered taboo 🗣- and we love it. They fiercely and unapologetically embrace their real selves 😍.

This booming unisex & gender-fluid fashion trend caught the attention of many brands such as Sephora who quickly saw the value of putting these muses in the spotlight. Additionally, many gender-neutral collections have been launched by brands in recent years, so working with these types of influencers is beneficial to them and could be the key to success 🔑 .

Why Does Facebook support Group Marketing and Why Marketers Love It? 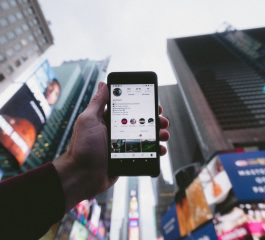 Get Ready For Byte Marketing In 2020